There are certain milestones in my life that always seem rather anticlimactic.  Take New Year's Eve, for example.  Doesn't it make much more sense to start out the new year with a good night's sleep rather than a countdown hosted by Ryan Seacrest?

And yet when I saw last week that the JSP Blog had passed the 10,000 visitors mark, I'll admit I got pretty darn excited.

Probably because getting to this point has been no small feat.  I try to write about themes that are universal, but I also know that what I've ended up with are blog posts that are 100% me.  So I can't be all that surprised when millions of people haven't flocked to their computers to read about things like my irrational fear of Tom Stoppard.

Still, I'm proud of the work I've done, and I'm very grateful to those who have read it, so I'd like to take this opportunity to recognize a few that have made this first 10,000 not only possible, but also so very rewarding. 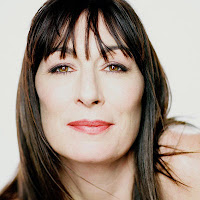 January 2012 marked the blog debut of "Things I'm Gonna Do This Week," a monthly, two part series that introduces a themed task that I really don't have to do, but have always wanted an excuse to complete. Then, after seven days, I report on said task with my typical fire & music and post it for the world to read!

My first "Things I'm Gonna Do This Week" was dedicated to the films of Anjelica Huston.  Why?  Because there's nothing more awesome than random specificity.

So over seven days I tracked down and watched eight of Lady Anjie's movies that I previously hadn't seen (which is actually harder than it sounds) and managed to learn something new about myself in the process.

While I figured that Anjelica Huston Week would be really fun, I had no idea it would receive the kind of response it did.  I knew Ms Huston was reentering the spotlight with her role on the NBC show "Smash," but who knew so many people would be as interested in her movies as I was that week.

So thank you, Anjelica Huston.  It's because of you and your ethnic sounding first name that I have continued "Things I'm Gonna Do This Week" every month since then. Without it, I may have never interviewed the LA Parking Enforcement, attended a Cardio Barre class, done my laundry before 7 AM, downed eight bottles of soda in one evening, fought the American obesity epidemic, jumped out of a plane, or reached my first 10,000.

Next up: Accidental Googlers 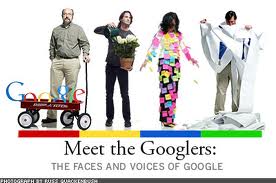 One of the unhealthy addictions that having your own blog can lead to is looking through the traffic patterns of how people find your blog in the first place.  Sometimes it's through Facebook and Twitter accounts; other times it's not.  And right now, I'd like to thank some of the "nots."

To all the "Accidental Googlers" out there whose visits, though misguided, have still added to the 10,000 visits, I thank you.

Without you, my post What to Expect When You're Expecting would have never received the additional views it did when the three of you that actually wanted to see the movie of the same name googled its title.

My ode to Persian ice cream Eating Perfume would have been visited by one less person if one of you hadn't googled the words "eating perfume poison."  However, I hope that doesn't mean whoever it was had, in fact, eaten perfume, or worse had a child that did so, and decided to read my blog instead of calling 911.

But the Best (and Worst) "Accidental Googler" Award goes to the person out there who found my post 5 Things That Make Me A White Guy (which pokes fun at my own race) by googling the words "things to make me whiter."

Now while this is quite humorous, it also made me kind of sad to think that one of you was sitting behind a computer somewhere searching for ways to become "whiter."  Which is why I have decided to say something to this particular individual:

Dear Not-So-White Ma'm, Sir, and/or Anything in Between:

Hi there. You recently visited my blog after googling the words "things to make me whiter," and I felt the need to respond to you seeing that my blog post probably didn't help you out very much.

I want to tell you that you do NOT need to be any whiter.  Trust me, there are enough of us out there.  I know the Summer Olympics are on right now, and it may seem like we're a little outnumbered, but just wait another couple years until the Winter Olympics, and then you'll see…

I know it's hard.  Maybe you feel like your skin color doesn't match your insides.  Is that the case?  If so, I ask you, does the outside of an Oreo cookie match its filling?  No, I say to you, it does NOT!  And yet it is still delicious, with or without milk.

So I ask you to be strong, good earthling.  Be yourself, and if that's not good enough, then be Barack Obama.  But don't just settle.  We are all exactly the shade of special that God painted us.  Keep reaching for the stars.  I gotta go get a spray tan. 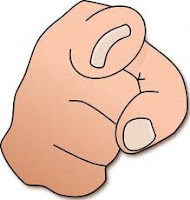 I'm serious.  Thank you!!  If this is your first time visiting the blog, then welcome!  I hope you visit often and leave feeling even better than when you arrived.

And if you've been here before, whether to read about Gymania or Hate Cookies or any of the tracks from the 2011 Album, then you deserve more than a thank you.  You deserve my love, and I freely give it to you. 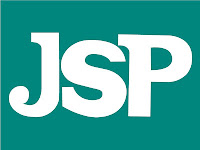 This is the JSP Blog.  Stay awhile.
And Happy Reading!
Posted by JSP at 11:10 AM