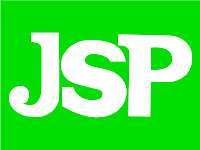 Well, friends, my goal for this month's "Things I'm Gonna Do This Week" was to shake up my workout routine, and now that it's over, I have one thing to say: "Consider me shook!"

I started Creative Workout Week with a chivalrous tilt of the hat to what I consider to be my favorite sport. In fact, I'm such a big tennis fan that when Roger Federer has someone pretend to be him and announce things via social media, I receive them. Yeah…I'm pretty cool.

And yet, apparently not cool enough to avoid the lectures of a homeless man that set up camp next to where I was practicing my serve. Over the next 40 minutes, I heard about everything from the sexualization of the Virgin Mary to the social injustices of O.J. Simpson. But at least the weather was gorgeous!

If you've ever taken a ballet class or two, you know that each class begins with barre exercises. It's the stereotypical vision of tights and leotards, one hand on a wooden railing, gracefully moving through positions to the tunes of classical masters.

Cardio Barre, which has taken off as a franchise here in Los Angeles, is like that vision of ballet but with a bad case of "roid rage." It's an hour-long cardio class that kicks your butt! There were several moments that I thought I was going to pass out, so I had to take a knee while the soccer mom I was next to carried on without me.

Though I was pretty sore from Cardio Barre, the next day I decided to go hiking. Runyon Canyon is a frequented park in Hollywood that attracts people of all shapes, sizes, and fitness levels. The steep trail is a challenging one, but has one of the biggest payoffs of any exercise routine: a panoramic view of the entire city of Los Angeles. From Downtown to Westwood, the scene is an inspiring one that definitely kept my feet moving.

While it has the design of an aerobics class, Bodypump is actually weightlifting, and the mean lady who taught the class I attended literally yelled at people if they sat down their weights before the set was over. At first, I kept going because I was terrified of her, but eventually I found a groove thanks to a couple of songs that I could hum along to during the bicep curls.

I'm a big believer in having a day off in your exercise routine. I would not recommend, however, starting that day of rest around 7:30 AM and ending it at 1:00 AM the following day.

My return to Creative Workout Week was filled with the debunking of myths thanks to a private Pilates session with my friend and official Pilates instructor. For example, did you know that the Pilates technique was originally designed for Boxers?

I also discovered that if you're doing hundreds of crunches, then you're not doing them correctly. While Mr. Pilates coached me with proper technique, I did ten crunches before I felt like my midsection was going to burst into flames.

Speaking of flames, Day #7 took me to the extra toasty world of Bikram Yoga, a form of yoga practiced in rooms heated to 105 degrees. The idea is the extreme heat softens your body tissues and allows for deeper stretching and sweating as well as facilitates the mental stamina required to stay in the room for 90 minutes.

The last time I tried Bikram Yoga was about three years ago. I liked it because it engaged muscles I previously didn't even know existed, but I always got nauseous in the middle of positions and had to sit down to steady my breathing.

This recent Bikram experience, however, was a perfect ending to my week because it was different than the one I had three years ago. I was a more focused, less nauseous person. I didn't have the anxiety that sped up my breathing and heart rate in the already challenging environment.

Now regardless of whether this was because of Creative Workout Week or simply the fact that I'm three years older, I left the yoga studio celebrating that though I had started this week feeling like I had hit a plateau in my life, the truth was quite the opposite. I've changed. I'm not the same person I was.

The opportunities to shake up our exercise routines are out there if we look for them. Though we can't always choose the obstacles we face in our lives, we most certainly can choose the obstacles we face in our workouts. And by swinging that racket, or climbing that hill, or withstanding that heat, we change little by little until the moment comes when we realize we've actually changed a lot.
Posted by JSP at 12:11 PM