A Whole New Kind of Crazy 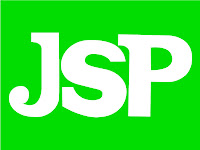 It was laundry day. My newly purchased Tide detergent was ready to declare war on a hamper full of clothes. I gathered everything up to take to the Laundromat, but as I stepped outside my apartment, I caught sight of a man strolling down the sidewalk. He was dressed normally for a sunny afternoon in Southern California. In fact, everything about him was normal enough except for the fact that he was aggressively yelling at a person who wasn't actually there.

This, of course, immediately stopped me in my tracks, but the reason it did may surprise you. What I found far more alarming than the actual peeved pedestrian was my reaction to him. My first thought was NOT, “Oh boy, maybe I should wait until he leaves.” It was NOT, “Bless his heart, I hope everything’s ok.” And it was NOT, “Pff…psycho.” Instead I thought, “He’s probably on the phone.”

This reaction would have been different in high school. Back then, seeing a man walking down the street talking to himself would have brought to mind a mental disorder of some kind, ala Sally Field in Sybil. After all, we spent three days watching that film in Health class. Three days.

By the time I made it through college, however, I realized that the traumatized and/or unbalanced weren’t the only ones inclined to talking to themselves. This epiphany occurred when I caught myself rehearsing a Eugene O’Neil monologue aloud while walking across campus to my next class. At first I was embarrassed, but then as I gazed around, I realized everyone else was doing the same thing in his or her perspective fields of study. I wasn't so loony after all.

And now in 2012, the rules have changed yet again! Thanks to the ever-constant advances in technology, all previous definitions for traditional insanity have been thrown out the window! Inventions like the "Bluetooth" (which literally puts voices in our heads) have launched our society into “a whole new kind of crazy.”

It's a "crazy" that hides behind the façades of communication, interconnectivity, and social networking. It's a new class of modern day disease so contagious it's reaching epidemic proportions! But do not fear. It's also a "crazy" that is 100% curable. So if you recognize any of the following symptoms, rest assured. There is still hope!

Privacitis- Privacitis is a condition, or state of being, in which individuals may be convinced they have complete privacy and seclusion when in reality they are on their cell phones in the grocery store checkout line. Symptoms usually include the desire to share various tawdry details about the drunken escapades of the previous evening with the entire grocery store.

Manic Message Disorder- MMD, as it's more commonly known, is classified as the extreme highs and devastating lows of email users who log into their accounts and discover either too many messages to sort through, or none at all. Thoughts may include, “Holy Smoke, fifty-six!?” and, "My empty inbox means I'm a bad person!”

Password Dementia- Password Dementia is reserved for individuals with quite a bit of internet experience. After signing up for various accounts on various websites, an individual with PD may struggle to recall which password goes with which account. This often leads to the patient needing to provide previously chosen answers to security questions in order to retrieve the forgotten password, but alas, they have usually been forgotten as well.

Narcirexia- People suffering from narcirexia slowly become more and more convinced that the details of their daily menial tasks are important enough to post online. Some of these postings may include when they are going to the gym, personal commentary on celebrity deaths and politics, and the regularity of their digestive tracks.

Now while I have no medical degree to speak with authority on any of these illnesses, I admit that I can speak on them with a degree of experience. You see, I too have fallen victim to each of these psychoses at one point or another. Embarrassing? Perhaps. But it's the truth.

The good news is, however, that the cure to all this megabyte madness is really quite simple. Human Interaction! As powerful as the World Wide Web might be, it can't hold a candle to the power of connecting with people. So, if you find yourself frustrated with facebook, go to lunch with a friend. If you're glued to a computer screen, shop at a store instead of online. And if you can't stop holding your phone, then it might be time to hold a hand.

It seems as though the world we live in continues to find new ways to make us crazy, but I find it comforting to know that no matter how nuts we may seem, at least we’re all together. No one is alone. Not really. And if anyone tries to convince you otherwise, they might just be insane.