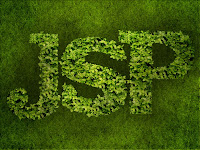 Have you ever realized you’ve been doing something incorrectly your whole life?

Now I’m not talking about the regular blunts and blows to the ego that occur during one’s lifetime. Whether it’s walking around with spinach in your teeth, or being on the receiving end when your spouse can’t stand the way you squeeze a toothpaste tube, it seems life always finds ways to keep us humble.

The moments I’m talking about, however, are when you realize you’ve been living life actively uninformed, not by accident or opinion, but just because you’re dead wrong!

By now, you may have already guessed that I recently basked in the glory of one these aforementioned moments. My offense? I have been vastly overestimating my vegetal vocabulary by defining large conglomerates of greenery as “foilage.”

Turns out the word I’ve been attempting to use all of this time is “foliage.” As soon as I heard it, I knew I had been wrong. “Foliage” sounded right, like it already existed somewhere in the back of my brain. But of course it couldn’t have, because I’ve been confidently complimenting architectural landscapes for at least a decade using the word “foilage!”

I mean can you imagine all of the occasions when I’ve visited the homes of family, friends, or *gasp* famous people, and have charmingly observed aloud, “Wow…nice foilage.” Did the complimented party assume I was referring to their home supply of Reynolds Wrap!?

Or what about moments in the car when, say, a windstorm has picked up and thrown loose leaves and branches across my windshield? I’ve grown accustom to taking control of the situation, and steering wheel, by shouting, “Hold on, we’ve got “foilage!” Did passengers think we were being attacked by the menacing darts of homemade TV antennas?

The thing is no one said anything about my foliage faux pas. Maybe it’s because nobody really uses that word. Or maybe everyone was just ok with the fact that I made up my version of it. Heaven knows it wouldn’t be the first time. Has anyone witnessed any of my “shootie-patootie” moments? They happen…

They happen, because I love colorful words. Not the ones traditionally labeled as “colorful.” I actually think those words kind of spew out a muted tan…or khaki, which, like all neutrals, comes in handy now and then. But I really like the words that can’t help but vibrantly paint the air when they’re used. Words like “boisterous” (blue), “sardonic” (red), and percolate (orange).

There have been times, though, when I don’t have a word in my vocabulary that’s the right color, so I’ll make one up. My word “frickily” is another favorite example… I guess you could say I use these non-words when there’s nothing else to say. And I think I just became a song from Mary Poppins…

Anyway, my point is I always used the word “foilage” because it painted my sentences the perfect shade of green. And you know, even now that I know better, I still believe it did. Maybe that’s why so many people just went along with it.

As I see it, “foilage” was a vibrant green color; it just didn’t color inside the lines. But now, having recently been updated with the 2010 edition of the JSP vocabulary, my landscaping compliments will finally be worthy of a 1st grade coloring book.

Foliage. It’s paints a beautiful picture, right? And yet, I can’t help but think sometimes you produce a far more interesting one when you color outside the lines.