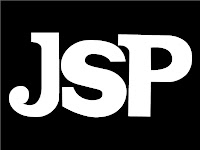 I was serving as an LDS missionary in Fort Worth, TX back in 2002 when we received word about an upcoming conference with our neighboring missionaries from the Dallas mission. This was pretty much unprecedented. Missionaries from the Texas Fort Worth Mission never stepped foot into the boundaries of the Texas Dallas Mission, let alone gathered together in the same meetinghouse. What on earth could inspire such an anomaly?!

As it turned out, Elder M. Russell Ballard, an Apostle of the church, was visiting our area and wanted to meet with us. His impending visit caused quite a bit of excitement among the missionaries. After all, it isn’t very often that you get to see an Apostle of the church in person. (Unless, of course, you live in Utah, in which case I’ve seen them at Hogle Zoo.) Even more exhilarating for me, however, was the fact that I was appointed to conduct the congregational music during the conference.

Now, to be perfectly honest, there is no great stewardship that comes with conducting music at church. In fact, anyone who’s actually been to an LDS Sacrament Meeting can testify that no one watches the chorister. If you really want to know the tempo and/or cut offs of a congregational hymn, you’re probably better off staring at the bobbing head of the organist.

That being said, I was honored at the prospect of leading the music because it also meant I would be sitting on the stand alongside Elder Ballard. I mean, let’s say, for example, a natural disaster ravages the meetinghouse we’re gathered in… No problemo—I’m sitting next to the Apostle.

Anyway, the day of the conference came, and Elder Ballard gave a very nice talk, after which we began to sing the closing hymn, which happened to be the rousing missionary anthem “Called to Serve.” The organist began the introduction, and it was immediately made clear to me that instead of the usual punchy tempo that the song was known for, we were going to sing it in at much more majestic pace. Think…the Mormon Tabernacle Choir going into a final chorus after a big key change.

I went along with it, recognizing my place not only as a lowly chorister, but also thinking that it might be a unique arrangement for the very unique gathering. So I waved my arm with pomp and circumstance, hitting the four beats per measure with precision and pride. But then suddenly, out of the corner of my eye, I saw Elder Ballard get out of his chair and start waving to the organist to pick up the tempo. Then he turned to the congregation of missionaries and signaled for them to do the same.

Immediately my pomp and circumstance were gone, and I started flappin my wing like I was trying to levitate! When an Apostle of the Lord tells you to sing faster, you do it!

As I look back on that experience all of these years later, I don’t really remember a word that Elder Ballard said during his talk, but I do remember the tempo at which he told us to sing “Called to Serve.”

Why did he want to sing it faster? Did he have a plane to catch? Is it sacrilegious for missionaries to sing that song slowly? Maybe he had to go to the bathroom. The truth is, I don’t know. But the point is, it doesn’t matter. He was the presiding authority, and he wanted a jaunty closing hymn.

I initially felt a twinge of embarrassment when the whole thing happened, as though I had received a celestial chastening for leading the music at the wrong tempo. With time, however, that embarrassment gave way to admiration as I marveled that one man had completely led a room of 500 nineteen-year-old missionaries with the wave of his hand.

And now today, as I sit and think about that singular experience, I realize my feelings have morphed into a wave of melancholy— kind of like when you have to say goodbyes.

“After you’ve stood and shared everything you are, how do you sing your closing hymn?”

It’s kind of like deciding the last track of an album, or the final chapter of a book. It’s the capstone to something to which you’ve essentially given life. That’s why it’s so impressive that even after visiting countless congregations and delivering countless discourses, Elder Ballard still stood up to fight for the energy of his closing hymn.

As I finish my 2011 Album today, I face the same kind of predicament. How do I want to end it? What is my closing hymn? And more importantly, how do I want to sing it?

After a lot of thought, I think the best way to end this album is with it’s beginning. As humans, one of our greatest abilities is to forget, but as this blog yearns to stand as a testament to my personal evolution, I hope, at least for my own sake, that I will never forget it.

Therefore, may this album play on a loop to help us remember it whenever and wherever we need it. And in those moments of personal need, may the WiFi used to access it be strong and free of charge.