Track 10- That One Song with All the Words 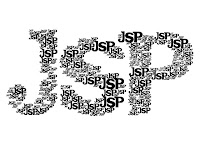 I will say this about scholastic life: without it, I’d have no frame of reference to organize my childhood. If you were to ask me, for example, what I was like at seven years old, I’d have nothing to share. If you asked me what I was like in the 2nd grade, however, I would easily recall my obsession with counting loose change, and a particular recess spent discussing the film 9 to 5 with my teacher.

At some point during the 8th grade, I was asked to be a part of a two day-long seminar designed to create Oprah-like “aha” moments for young people. Even though affirmative action was in full swing to ensure a diverse peer group for the seminar, I managed to squeeze my way in as one of the nice, preppy white kids. Also along for the ride were the “creative” kids (boys with long hair, girls with short hair), the “athletic” kids (football players who already drank), and the “ethnic” kids (Catholics).

On the first day of the retreat, we were split up into small groups and together participated in various visualization exercises. The following day, we were all bused to a frozen tundra where we played team-building activities in the snow. All in all, I’ve never believed that balancing on an icy 2X4 will help you go to college, but I did end up learning two very valuable lessons over the two days.

Lesson #1- Winter gloves are useless. All you can do while wearing them is pee your pants.

OK, that one doesn’t count.

Real Lesson #1- I am grateful for my family. I heard a lot of stories from kids who had it so much harder than I ever did growing up, and I will never lose sight of that reality.

Lesson #2- Your word is the only thing you have. Every time the seminar leader introduced an activity to us, she would establish a set of rules to go with it. We were then required to choose to abide by those rules in order to participate. As the activity proceeded, any rule breaking was met with the her stern voice simply calling out from behind a knitted scarf, “Keep your word.”

I’ve thought about that a lot since then. Even now, as I’ve been to other sorts of seminars in my adult life, that one principle appears over and over again. Keep your word. It’s all you have.

When you strip everything away, the way you look, the way you make a living, the people with whom you surround yourself, what’s left? Your truth. And the greatest living representation of that truth is your word.

I wish we valued our words more. Not just the air tight ones that are printed on a contract, but the living, breathing words that are formed in a far more personal place and then shared, so that others may receive them. Simple phrases like, “Thank you.” “I’m sorry.” “I love you.” “R-E-S-P-E-C-T, find out what you mean to me.”

Imagine, if you will, a world where words mean more. Where every merited apology is immediately accepted because there’s no reason to doubt its sincerity. Or how about a world where people keep the law simply because they say they will? Funny enough, this hypothetical world would be filled with all the same words as we have now. The change would happen, however, through the people that use them.

I guess that means Ghandi's right…again. “Be the change you want to see in the world.” And while you're at it, keep your word.