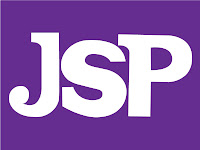 To an untrained eye, the results of last week's "Things I'm Gonna Do This Week" could seem like an epic fail. The premise was simple enough. My goals were specific. All I wanted to do was speak with people who are employed at some of the most hated jobs in America and prove once and for all that people are people no matter how much the general public may despise their line of work. But as simple as all that sounds, "People We Don't Know But Hate Anyway Week" didn't exactly go as planned.

But I don't blame them! At least with some jobs, you know what kind of demographic you're working with. If you work at Victoria's Secret, for example, you get used to the kinds of customers that shop at your store. But the DMV is another story. Their clientele consists of all people that drive. Period. It's no wonder they grow a little impatient.

So deciding it was time to hear their side of the story, I sent my contact at the DMV a happy email with a few questions meant to humanize this group we've all but demonized:

Cute, right? I thought so. The response I got back, however, was that on second thought this whole idea was a "Conflict of Interest," and my contact officially withdrew participation.

Next, I turned my sights to the Cable & Internet Providers. Last year alone, I talked to my former provider at least six times, and never once were those calls to congratulate a job well done. Instead, they were to complain. But before those complaints could be made to actual humans, I always had to be interviewed by a female robot voice and put on hold. Then after it was all over, an employee would audaciously ask me to take a survey about how great the experience was.

But I don't blame them! At least they're trying to ensure that my experience was as efficient and pleasant as possible. For this reason, I used my old cable account last week to call up one of these representatives in the hope of finally treating him or her like a person rather than a punching bag.

I dialed the number, navigated through Madame Robot Voice, and waited for a human to pick up. He did, but before I could get a conversation going, the employee informed me that I had been charged $500 by the cable provider for "unreturned equipment." I told him that I had indeed returned said equipment, to which further investigation on his part proved correct. He then asked me to take a survey about how great the experience was, and at that point, I hung up the phone.

My week then took me to the world of retail. I believe it's well documented that there are few retailers easier to mock than Abercrombie & Fitch. Popularly known as "the store for douche-bags," this clothing chain is one part opium den and two parts "rave" with a healthy dose of overexposed teenager just for taste.

But I don't blame them! I must admit I'm a fan of their low-rise sweatpants that come in a variety of varsity colors. Because of my sweatpants, and the fact that I know first hand how difficult working retail can be, I decided to go to Abercrombie & Fitch last week to spread a little love.

While I was there, I talked to a guy working on one of the visual displays. Careful not to interrupt his work, I explained what I was doing and asked if he'd be willing to fill out a little survey about his work experiences. I promised it would be fun and light and prove that employees at Abercrombie & Fitch have a sense of humor. He obliged and gave me his name and email address.

I went home and composed an email with the following questions:

Funny, right? I thought so. I sent it off to him and immediately received a message back saying the email address I used didn't exist. Defeated, but not giving up, I called the store to make sure I wrote it down correctly. When I asked to speak with him, however, the store manager denied my request. "I'm sorry," he said very coldly, "He's steaming right now."

So what about the Los Angeles Parking Enforcement? After all, they are the ones who inspired this installment of "Things I'm Gonna Do This Week." I believe they are the greatest recipients of misguided anger in Los Angeles County.

Now as you may remember, I had previously hit a dead end in my quest to talk with Parking officials when the head of public information from the LA Department of Transportation shot me down. (Figuratively, of course.) So this past week, I decided to walk the walk and take my story to the streets!

I found an unsuspecting Pontiac that was parked illegally during street cleaning one day and hid close by, waiting for Parking Enforcement to show up. And show up they did!

The employee got out of her energy efficient squad car and started punching in the information for the ticket. I waited for her (who I will now refer to as "PL" for Parking Lady) to finish before I approached. I told PL I didn't want to interrupt her work, but asked if I could pose a few short questions as to what it's like to have her job. She agreed. And here's what followed:

JSP: What's your favorite part of the job?

PL: To me, at least, I think it's nice and relaxing.

JSP: Have you ever received a parking ticket?

JSP: Well that's all you can really do.

JSP: What's the craziest experience you've ever had trying to give someone a parking ticket?

PL: I personally haven't had any of those experiences. But I've heard of them.

JSP: What about night shifts, do you ever have to work those?

JSP: But people do, right?

JSP: How do they stay awake? Do you have Sirius Radio in there, or something?

PL: (laughing) No, not that. We do have a radio, but they just get used to it.

JSP: Well thank you so much for talking to me.

Then, PL gave me a big smile, and we shook hands.