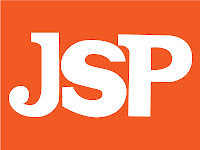 Last week I posed a question:

Is it possible to actually die of boredom?

I thought it was a fitting inquiry seeing that July is National Anti Boredom Month, and as a patriot, I attempt to observe all official (and unofficial) National Holidays. (Free Slurpee Day is July 11th... always mark your calendars.)

While I did find some scientific research to argue that boredom can lead to shorter life spans, it seemed kind of inconclusive to me, particularly since no one who's actually died of boredom has survived to talk about it.

Which is why I thought this week's "Things I'm Gonna Do This Week" would be a great opportunity to prove that boredom isn't as powerful as we think it is. That maybe it's more of a state of mind than a state of being. I envisioned spending "Anti Boredom Week" paying close attention to everything that happened and summarizing it into a life affirming blog post that would forever free the human race of boredom's fearful clutches!

But then I got bored... so I decided to go skydiving instead.

Now to say that this, my first skydiving experience, was somewhat impulsive is to make an understatement of the highest degree. There were less than 24 hours between the moment I reserved my appointment and the moment I was falling to the Earth. But that actually turned out to be a good thing. I didn't have time to over think it.

In my video of the jump, however, you can see the moment when it all sinks in. It's after I witness the med student before me disappear out of the plane like he's recreating the first episode of Lost. My professional skydiver guides me up to the open door, and despite the fact that I had just met him a mere 15 minutes before, I begin to rest my head on his shoulder like we've been spooning every Sunday night for the last six years.

But my favorite moment of this video is the actual fall. Never before in my life have I ever had a problem with playing to camera. (My childhood home videos are a terrifying example.) But hard as my pro tries to get me to show off for his wrist cam, it's obvious I have no interest in doing anything other than react to the two miles of air between me and the ground. And what a reaction it is!

Skydiving was truly unlike anything I've ever experienced. It was exhilarating, and terrifying, and inspirational (and windy) all at the same time. And until you actually do it, you just don't know.

Maybe that's where boredom comes from: not knowing. Like when you don't know what to eat for dinner, or what to do on a Friday evening. Sometimes we even get bored because we don't know what else there is to know!

But what I took away from Anti Boredom Week is as long as you keep doing, you will always find something new to know. That doesn't mean you have to go jump out of an airplane, but it does require you to be so fully invested in what you're doing that you forget to play to camera. That's when the real magic happens. And let's face it; there's nothing boring about magic.

To see the video of my skydiving adventure, make sure to visit the blog at http://www.jeffreyscottparsons.com/2012/07/anti-boredom-week.html
Posted by JSP at 10:49 AM