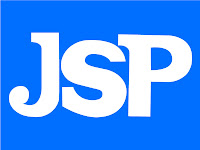 "It all comes down to Physics, you see."

Like a young Jedi knight piecing together the wisdom from Yoda's peculiar syntax, I would often hear my grandpa use this phrase and wonder how a simple cattleman had become such a proponent of this particular science.

Regardless of how, "It all comes down to Physics, you see" was one of the most popular sayings he used. (Right up there with the always-helpful 1st and 2nd rules of working with cows, "Shut the Gate!") So by the time I took Physics during my junior year of High School, I was somewhat disappointed by the general lack of urgency I felt in the classroom.

In fact, the only thing I remember from that class was a lively debate between the teacher and students over whether or not you could "make up time." The students debated that you could, citing the example of driving too slow for part of a journey, and then making up for it later by driving too fast.

The point I believe the teacher was trying to make, and I'm giving him the benefit of the doubt here, is that it is physically impossible to make up time, not figuratively.

This principle came to mind the other day when I got a little overwhelmed by how much I want to do in my life in contrast to how little time I have to get it done. Where, for example, was the time to learn French!? Certainly there could be a way to "make up time."

I started by examining the time I spend in my car. I usually drive for at least an hour a day, so maybe I could use that time more effectively. Perhaps I could be better at filling those drives with a proper balance of music listening, podcast playing, and "hand-free" communicating. Then again, the purpose of those drives is to safely take my body from points A to B, so it's probably better to focus on that.

Then I thought about my showers. If I could be in there a little less, maybe I could save some water and a few minutes. But the truth is I get really good ideas in the shower. In fact, the idea to write this experience down came to me in the shower.

So then I got more frustrated, which made me feel like complaining about it, and that desire to complain led me to think about all the time I spend complaining, which then ultimately made me want to complain to someone about complaining!

I mean, doesn't it just seem like a colossal waste of time? Complaining, I mean. I know venting can be healthy, and funny, and often times informative, but it rarely changes anything.

So what if I could add up all the time I spend complaining every day, whether it's online, or on the phone, or in person? Even if it just totaled up to 10 minutes a day, that would be over an hour a week, about 4.6 hours a month, and 2.5 days a year! Parlez-vous Francais, anyone?

You know, Isaac Newton's Third Law of Motion states that when a force acts from one object to another, there is an equal force acting back on the original object. So if you're pulling on a rope, technically that rope is pulling back.

That law is also a pretty effective way to look at how we spend our time. If we use our time and energy to complain about something, then that "something" is technically complaining back! And doesn’t that sound exhausting!?

So while frustration and discouragement come to all, and there's no need to feel guilty when they do, it's nice to know that we don't have to complain. If there's something we'd rather do instead, we can do that! Then we won't have to "make up time" for it later.

I guess that means Grandpa was right. It all comes down to Physics, after all.