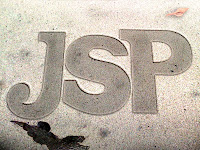 A few years ago, I found myself on a small beach in Mexico, wading in the warmest surf I’d ever felt. It was beautiful. As I moved further out into the ocean, I suddenly felt someone swim into my side. While certainly surprised, I remained calm. The underwater world has its fair share of tourist hating inhabitants, but I recognize an old-fashioned, human head butt when I feel one. Almost instantaneously, a little, round face emerged from the water, eyes squinting painfully from the salt and forehead covered with black hair.

“Disculpe,” he said politely, and then, when he saw me, grew embarrassed. “Uh, sorry. No English.”

“Hablo Español,” I assured him, and he regained some confidence. Of course, once he knew we could communicate, he proceeded to do what any ten-year old does and ask every single question he could think of. Intermittently, I managed to find out his name, that he was from a town further inland, and that he was there visiting his grandparents. He, on the other hand, asked where I was from, what I was doing there, how I knew Spanish, the names (and ages) of the girls I was with, and my personal favorite: Did I know Hannah Montana.

“Not personally,” I answered. After bidding him “adios” a couple of times and still receiving more questions, I realized the kid wasn’t leaving any time soon. So I asked if he wanted to go back up to the beach and build a sand castle. He reluctantly agreed. He said he didn’t really care for sand castles, because after all of that work, it just takes one wave to wipe them out. I promised him it would totally be worth it.

Within fifteen minutes, we had our fortress of sand. I’ll admit to secretly hoping that his native culture would instinctively result in a sand castle of Mayan proportions, but as it turns out, amateur sand castles are universal in design. Still, in the face of our clichéd handiwork, we were both pleased.

It wasn’t soon after completion, however, that the waves began to creep up the shore and threaten our finished product. Heaving the sigh of a mother of three, my new little friend looked at me in defeat. Trying to lift the weight of his burden, I suggested we dig a moat around the castle that would collect the water of the weaker waves, and perhaps prolong the life of our sedimentary palace.

He agreed, and we did. The sand castle stayed around long enough for him to bring his little sister over and show her what we had done. She didn’t seem to think it was that cool…until I told her I knew Hannah Montana. I’m kidding.

On an unrelated side note, I remember that my back ended up very red that day because my waterproof sunscreen turned out to be only water-resistant. Not fun. Actually, on second thought, I’ll save that for another blog entry. I’ll discuss the layers of human nature as seen through the metaphor of a peeling sunburn.

But back to the beach. I really enjoy going there. It’s the one consolation to no longer having the Rocky Mountains in my backyard. I miss looking out the window in the middle of June to see if there’s still snow on them. I miss the playful way the sun peeks up over their tops in the morning. I miss climbing high above life and looking down at it like little pieces on a Monopoly board. There’s humility in all that majesty. Of course, “humility” is bound to exist when “majesty” can crumble down at any given moment and crush you.

Which brings me to Los Angeles. I mean, really, has there ever been a place more conducive to natural disasters? Fires, earthquakes, the possibility of dropping off into the ocean, it’s amazing we don’t all live in paralyzing fear. But just like the mountains of Northern Utah, the beaches of sunny SoCal provide me with a place that affords me a little perspective.

You see, the beach is bigger than me. Not in a “Statue of Liberty” sort of way, but more like “if humans never even existed, the beach would still be there” sort of way. Despite our best efforts to pollute, commercialize, or otherwise ignore them, the beaches are there, serving as launching pads to the endless stretches of blue behind them.

The beach reminds me that some things are (literally) too big for me to see. In my feeble attempts to stand on them and see beyond the horizon, or catch a glimpse of the end of the water, I never see anything more than more ocean. So, I resign to sitting peacefully there in the sand. I watch the waves wash up around me, wondering where they’ve been before now. I marvel at the countless grains of sand surrounding me, and breathe in the gratitude for my brief time in the presence of such glory. In a way, I’m a sand castle.

As lowly as a single sand castle may seem, it’s that feeling that brings me humility. It makes me mortal. But it also makes me strong. It assures me that all this grandeur exists to remind me that I’m of a part of it. And that is a miracle. Sand Castles: Totally worth it.