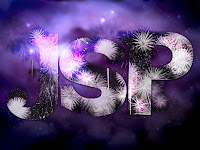 There was very little in the early years of Jeffrey Scott Parsons that wasn’t absolutely consumed by the Walt Disney Corporation. Everything from the shows I watched and music I sang to the very bedding I slept in seemed to be blessed by Tinker Bell herself. Even the prescription glasses I wore had little Mickey Mouse faces on the frames. I was, in a word, “Disneyfied.”

Along with this complete “Disneyfication” came an overwhelming desire to visit the place where my sort was not only tolerated, but actually preferred. I’m speaking, of course, of The Happiest Place on Earth. You can imagine the kind of fireworks, complete with musical soundtrack, that would play behind my eyes whenever my parents would announce a family vacation to Disneyland.

Leading up to the big trip, I was constantly envisioning the whole thing, leaving no stone unturned in my preparations. I would map everything out in one of my Mickey & Friends spiral notebooks, rehearsing the names of all the different “lands” of the park and their subsequent attractions. I knew everything I was going to see before I even got there. But the reality of it all was the last ingredient, the “bibbity-bobbity,” “hockety-pockety,” “substitutiary locomotion” that magically brings even the most dormant dreams to life.

And brought to life they were! My Disney Dreams came true when I saw them in person. The sights, sounds, and smells were there for the taking. The dream was real, and I was exhilarated.

Then, last year, I became an official, Disneyland Annual Passport Holder. Living out here in LA, and going to the park as often as I was with family and friends, it seemed like a financially sound investment. Which, speaking of, do you know how much I’ve saved this year with my Annual Passport?? More than $363! In fact, I think I’ll emphatically spell it out too: three hundred and sixty-three dollars!! And that doesn’t even include my 10% off food! When you wish upon a star INDEED…

Anyway, despite that financial deliverance, it was just last week that I was driving past Disneyland after an appointment in Orange County and impulsively thought, “What if I got off the freeway right now and went to Disneyland?” My initial reaction was responsible, but boring. “What’s the point of going all by myself?” And then…I exited the freeway. Immediately a boyish grin crept onto my face.

When I was young, I never even thought to dream of one day being able to go to Disneyland by myself whenever I wanted. But there I was on a cool evening in June, dressed in jeans and a jacket, walking down Main Street USA. I went to the shops, looked at some of the more sophisticated Disney art, and stopped by the ice cream parlor. It was relaxing. I just kind of breathed in the reality of my adulthood.

That kind of maturity led me to “Great Moments With Mr. Lincoln,” which I was always far too busy to visit when I was younger. As it turns out, the attraction is pretty cool, except that the prerecorded narrator voice is also the one that talks to you in the elevator at the Haunted Mansion, and I kept expecting him to challenge me to “FIND A WAY OUT!!” (insert evil laugh…)

After Mr. Lincoln’s presentation, you exit through a hallway filled with the portraits of many people who, just like Walt, and in a far more tragic way, Abraham Lincoln, saw their dreams become realities. In their midst is a plaque that says, among other things, “You must keep dreaming, America.”

It was the perfect capstone to my evening. I left the park that night, not only convinced that dreams come true, but that it’s just as important to seek out the dreams you didn’t even know were out there. Otherwise, a pumpkin would never be turned into a carriage, because there wouldn’t be anyone crazy enough to dream it. Furthermore, a sword would never be pulled from a stone, and Angela Lansbury would never visit a land full of sports playing zoo animals, yet our beloved Disney classics remind us that those are all very real possibilities. Possible, of course, when assisted by a little touch of magic.