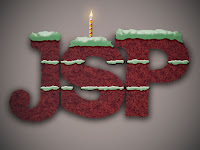 A long, long, LONG time ago, back when MySpace was popular, I was vehemently against creating or posting anything personal on the Internet. I thought self-promoting websites were a bit egotistical, and social networking was just a viral extension of high schoolish nightmares.

I decided at that time that if I were to ever create a MySpace account, it would serve as a destination on the Internet that people could visit knowing they’d leave feeling uplifted. Maybe it would feature my favorite art photos or a soundtrack of soothing music, or even better, a herd of giraffes encouraging us to “reach higher!” Maybe not. All I really knew was I wanted it to reflect the best possible “me.”

Then, MySpace stopped being cool…

Of course, Facebook soon followed, and though I kinda got tricked into one of those accounts, I found gratitude in connecting with people I didn’t necessarily see or speak with very often. Still, the layout was too general for this wholly original concept I had in mind. I was out to make something special!

Then, one day last summer, I was on my computer looking through files of random ideas I had saved over the past six months. A few were funny observations. Others were epiphanies generated by specific memories. Anyway, I liked them. They were very “me.” And what’s more, I felt that it was a “me” that could be shared with everyone.

With that in mind, I started researching the whole “blog” idea to get these thoughts out there for others to read. It was definitely a step into the unknown. Still, the more I learned, and the more I thought, the more I felt this was the medium I had been looking for all along.

Before beginning my new blog, I set up a few rules. First of all, since I would never consider posting my personal journal online, I vowed never to treat my blog as one. Whether people were looking for a quick update, or an uncomfortably intimate look into my personal life, it wouldn’t be found on my blog.

Next, I decided that I’d never begin an entry “trying to say something important.” I didn’t want to vent or preach, particularly from some false sense of grand self-importance when, in reality, I was in my pajamas sitting next to an empty cereal bowl. No, my blog would never assume to fix people or change minds. Instead, it would be a literary opportunity to document and ensure my own perpetual evolution.

Finally, I gave myself a deadline: the first of every month, no matter what! There is something assuring in making a commitment like that. There’s safety in knowing you have to do it. On the chance you’re ever running low on inspiration, all you have to do is look at the calendar.

Over the past twelve months, I’ve posted first of the month entries in places ranging from my hometown in Utah to a Coffee Bean in Long Beach, CA. From a hotel room in Escondido to a beautiful kitchen in Fresno, I’m grateful to say the words have arrived on time.

But my blog is a lot more to me than just the words. Do I spend too much time fretting over each preposition? Yes. Do I hope people are actually reading? Of course. Would I like to publish my writings in a book? Absolutely! But more significant than the actual words in these past 12 blogs is what they represent: I’ve shared a little bit of “me” each month.

Have you ever seen any of those “The More You Know… shooting star” campaigns that air on NBC? You’re probably humming the musical theme right now, aren’t you? And if you’re not, then feel free to share how you have avoided primetime television over the past 20 years. Anyway, these famous campaigns are mini commercials usually featuring celebrities making some sort of a public service announcement.

I saw one the other day and marveled at their efficiency. They are only ten seconds long, including the fore mentioned ending sequence: “The More You Know…shooting star.” But within those, say, seven seconds, they somehow find the most potent way to share their message, maybe even more powerfully than if they had twice the amount of time.

It got me thinking, if I had the chance to make my very own “The More You Know…shooting star,” what would I say? Reflecting on this anniversary of my first year of blogging, I think it would go something like this:

“The most important things in life are meant to be shared. If you want your life to mean a little bit more, try sharing a little bit of yourself.”