Track 07- The Song Featuring Somebody Else 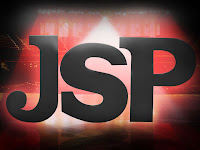 Has anyone else noticed that the word “duet” has all but disappeared from mainstream music? Where did it go? Is it being held hostage somewhere by adult contemporary radio stations? Either that or it’s been banned along with the movie love themes of the 70’s…

So my question is, in a day when the fine print has never been more carefully scrutinized, why the change? What does “featuring” do that “duet” doesn’t?

When I was a sophomore in high school, I was one of few 10th graders allowed to sing in the Concert Choir with the juniors and seniors. The choir was well respected statewide, and I was grateful for the opportunity. Somewhere along the way, however, I did something. I’m not entirely sure what it was.

It may have been that I opted out of our school’s production of Pirates of Penzance to go participate in a musical presented by a different high school. Come to think of it…that could have definitely been it. But before you judge for yourself, please know that there was a lot of tap dancing at stake. A lot!

It also could have been that I just didn’t fully understand the order of things. I didn’t realize that I wasn’t supposed to be validated by my peers for another two years, particularly when the other choir members had all of the wisdom and experience of not being sophomores.

Whatever the reason, there was a handful of older classmates that wasn’t so crazy about me that year. I first learned this when a performing group came to our school and held a weeklong workshop that ended in a student-performed showcase. In preparation for one of the musical montages in the show, all of the students had to vote by secret ballot for “the biggest clown” among them. The winner would then receive a pie in the face at the end of the number. Ha! What a riot.

Three or four finalists were chosen, and much to my surprise, I was one of them. Now, I may be a lot of things, but I don’t think anyone who actually knows me would ever call me a clown. A cartoon character? Perhaps. But never a clown.

I was later told that one of the seniors had sweetened the ballot box by writing my name on as many pieces of paper as he could find, just so I could get the pie. His stunt was enough to get me nominated, but sadly, the devotion of that diehard fan wasn’t enough for me to win. Oh well, it’s the thought that counts…

Later on in the year, individual choir members were invited to perform solos in front of the class as preparation for an upcoming competition. After each soloist sang, we were asked to give critiques and praise as needed. After one girl sang some art song about a green dog, I raised my hand and offered the suggestion that while she sounded great, the song’s lyrics sounded silly and could possibly benefit from a lighter performance quality. My comment included the phrase, “It doesn’t sound like a Greek tragedy.”

The next week, after I sang my solo, “Weep Ye No More Sad Fountains,” a different girl sitting in the ever popular back row raised her hand. When called upon she stood and said, “Um, maybe you should smile, because this isn’t a Greek tragedy.”

My first thought was, “The fountains have cried so much they’ve fallen asleep! It’s pretty tragic!” I had clearly forgotten about my commentary from the previous week. I was soon reminded, though, when her comment was met with cheering, laughter, and high fives across the back row. Then the bell rang.

I share these stories for two reasons, neither of which is to gain sympathy or wreak vengeance. That would be sooooooo high school.

I share them because #1- we all have stories like these, and if I was ever stupid enough to instigate them for somebody else, then I’m sorry, and I hope that they don’t waste time thinking about them.

Reason #2 is because as silly as it sounds, I still think about them! I know, who cares? Truthfully, I don’t. I promise. But that doesn’t mean that every now and then I don’t wonder why anyone as important and talented as high school seniors would give two hoops and a holler about what a puny little sophomore has to say about the green dog song!

Maybe the answer is also the reason why today’s recording artists don’t sing “duets.” (That is, besides the obvious explanation that today’s artists don’t actually sing very much.)

I think the current trend of “featuring” somebody else on a record has gained popularity because it is safer for the artists in question. It's still their song. They’re still the seniors on campus.

As it tends to go, the main artist will usually sing most of the song, followed by their featured guest popping in on the chorus, or maybe the bridge. Technically, the artist can still do the song without the other performer, and they often do in concert or radio edits of the song. If they choose to sing a duet, however, they have to be committed to sharing the spotlight every time the song is heard.

Sharing is part of growing up. We start with our toys, and then slowly progress to our feelings, our ideas, and eventually, ourselves. It’s sometimes painful. It’s often embarrassing. But sharing ourselves is the true cost of a great duet. And every artist should have one.

Looking back, maybe I entered high school singing a little too loud. Maybe that kept others from hearing it as one half of a duet. I’m still not sure. But the real Greek tragedy to recognize is that somewhere in the middle of all that singing, I decided it would be safer to downsize all my duets to mere collaborations. For the time being, it was better to “feature” other artists.

But things have changed! And things continue to change. The silver lining here is it’s never too late to share your spotlight. Heaven knows the music industry is constantly changing. I guess the better news is… so are we.