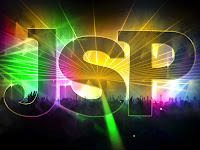 A few years ago I spent New Year’s Eve in a nightclub. It was awful.

Most of the evening consisted of me sitting on a barstool with a bottle of water, watching a silent montage of scenes from the film “Airplane” projected on a wall. Happy New Year!

I had agreed to go to this 1980’s themed club with the promise that this place was a pillar of the partying world, a Mecca for New Year’s celebrations. The novelty of it all, however, wore off long before midnight. (I believe it was around minute seven of the never ending “Let’s Hear it for the Boy” dance remix.) Still, despite my feelings, I was there with friends and was determined to be the designated martyr…I mean, driver.

Now let’s get something perfectly clear about the whole nightclub scene. When a club is popular, there are always too many people in it. This means you can’t dance! In fact, the only thing you can do is jump up and down a little, which means that you end up with everyone's booze spilled all over your shoes, which then makes the dance floor sticky, which then makes you jump up and down a little, and on goes the vicious cycle…

I know this now because just before the clock struck twelve that night, I hoisted myself into the middle of the dance floor for the big New Year’s countdown. The madness culminated in a World War worthy balloon drop, preceded by an announcement that the balloons contained free drink tickets for those willing to pop them. This proved to be quite dangerous.

Accompanied by a disco version of Auld Lang Syne pumping through the speakers, intoxicated clubbers began hurling themselves at the cascading balloons, drowning out the deafening thumps of the music with a sea of miniature explosions, and sending the room into complete chaos. It was a crazy so intense that all I could do was silently pray that Jesus wait to come back to earth until I left the building.

That being said, I am fully aware that this account of how the evening played out is mine and mine alone. I won’t make assumptions for any of the other sardines present in that can. For all I know there very well could have been many people enjoying themselves. I just wasn’t one of them.

That’s because I tend to struggle when crowded alongside large masses of the general public for extended periods of time. For example, a few weeks ago I went to Six Flags Amusement Park AND the grocery store on the same day, and when I got home, I had to give myself a timeout. The combination of the husband and wife walking around in matching American flag t-shirts and the old Persian man yelling at me for standing in between him and his prune juice proved a little too much for me to handle.

And who can blame me? The American public can be overwhelming at times. I remember when I was 16 years old, I had a short stint working at one of Northern Utah’s premier fruit stands. (A fruit stand, for those of you who don’t know, is a local hut along the highway that sells fruit during peak produce months.) I was there during cherry season, and was regularly assaulted by people armed with such questions as, “Is this pineapple local?” (I really wish I’d said, “yes.”) And my personal favorite, “Are these last year’s peaches?” (How???)

Look, I don’t believe people are imbeciles, at least not on purpose. But when you assemble large groups together in an environment away from home, stupidity usually ensues. Why do you think “reality shows” are so popular? Certainly not because they show people standing in their own kitchens waiting for chicken to defrost. When we are out of our comfort zones, things can and usually do get awkward.

My go-to sign of social awkwardness is when I combine phrases. For example, if I find myself searching for an exit to a particularly unwieldy conversation, I’ll start anticipating things to say like, “Have a nice day,” “Pleasure to meet you,” or “See you later.” Unfortunately what ends up coming out is some strange hybrid like, “Have a nice later” or “Pleasure to seet you.”

If I put that aside, however, I do think I’m above average at putting those around me at ease. I’ve learned important skills like recognizing when to talk and when not to talk. And maybe more importantly, I’ve learned that I can’t abandon all common sense when faced with the presence of other human beings.

Still, I have to draw a line somewhere. We all do. My line just happens to be the waiting lines at roller coasters and grocery checkouts, usually because I’m either suffering from the dehydration of 98 degree weather or the hit sounds from the boy band 98 degrees. In either situation, I am most likely NOT interested in hearing someone’s political views and/or plans to get on NBC’s “The Biggest Loser.” Not that I’d ever be mean. If you really do have to bring up “The Biggest Loser,” I will absolutely feign interest.

All I’m trying to say is there are times in my life when I really need to have my own space. And that’s ok, right? Right. So anyway… Pleasure to seet you.

Everybody needs a place to call their own. Sometimes it’s a meditation room. Sometimes it’s a blog. Sometimes it’s a dark dance floor filled with anonymous faces. Whatever it is, we all owe it to ourselves to find a place that makes us feel like the thoroughly original creatures we are. And when we make it a priority to spend a little time there, I think we are more likely to find the joy in recognizing everyone else around us.