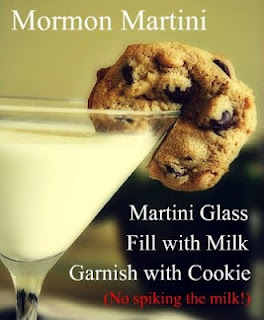 If you had asked me a week ago whether I thought I'd ever learn something new about my religion from the Huffington Post, I'd have told you to go bathe in the Jordan River a couple times.  And yet, that's exactly what happened to me the other day when I read the LDS Church had announced that drinking caffeinated soft drinks was not against it's health code known as "the Word of Wisdom."

While this no doubt brought a sigh of relief to my brother in law and his eternal companion, Mountain Dew, I'd be lying if I said my reaction was anything more than a chuckle.

In fact, the whole "announcement" seemed to be geared more towards the media than the actual members of the church.  You see, contrary to popular belief, the Church of Jesus Christ of Latter-day Saints doesn't tyrannically dictate the lives of its members.  On the contrary, it warns against being "commanded in all things."  In short, we tend to hear more about the teachings of Jesus Christ on Sundays than the dos and don'ts of Diet Coke.

Still, there are plenty of members out there who, by looking at the exclusions of coffee and tea in The Word of Wisdom, came to the conclusion that caffeinated soft drinks should be avoided as well.  And with all the publicity and speculation the church has received lately due to a certain presidential candidate, all it takes is one overzealous lady to piously proclaim to the national media that not a drop of Coke has touched her lips, and suddenly the organization responsible for 22 million dollars of humanitarian aid last year has to make a statement concerning soda pop.

Now personally, I tend to avoid soda, particularly the caffeinated kind.  While they're meant to be delicious, they're also meant to be addictive.  They're also one of the few things you can consume that has absolutely NO nutritional value.  Like less than a Twinkie!  I'm also very cheap, though, so by ordering water at restaurants, I automatically save three bucks off my bill.

What I absolutely don't do, however, is avoid soda because I think God will love me more, and the sooner we can accept that a majority of Mormons feel the same, the sooner we can get back to the teachings of Christ and humanitarian aid.

That being said, I would like to indulge myself for a bit, and say that due to the recent "Mormon Soda Liberation," there is one thing out there that I will now be able to consume without a guilty conscience: 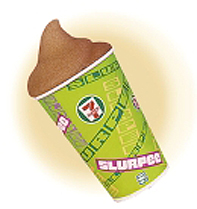 When I was serving as an LDS missionary in Texas, a bunch of us went to 7-11 after a leadership meeting to get Slurpees.  (Classy, I know.)  Standing in front of the famous machine with my cup in hand, I began to dispense my traditional mixture of Coca Cola, followed by Cherry, followed by Coca Cola, and so on...

A fellow missionary, who I will anonymously refer to as Elder Poo-poo-head, saw what I was doing, and disappointingly whispered to me, "Elder Parsons. Come on, man."

I was very surprised by his reaction and asked if there was a problem.  He told me that I wasn't setting a very good example by getting the Coca Cola Slurpee because it had caffeine in it.  This was news to me!  I thought they were just "flavored" with Coke.  At that point it was too late not to pay for it, so I did.  And though I shouldn't have, I spent the rest of the day feeling completely guilt-ridden because of my dumb little Slurpee.

Well, I would like to take this very non Christ-like opportunity to tell Elder Poo-poo-head that he can now officially take my Slurpee and shove it so far down his throat that he gets a brain freeze that lasts as long as I felt guilty about enjoying this simple little treat every once in a while.

And now that I've got that out of my system, I'll see you all at church…and maybe 7-11…but not on the same day. 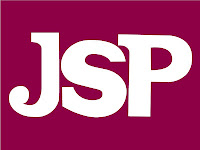