Battle of the Bulge Week 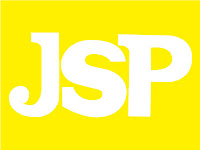 A Week Without Sweets


This month's installment of "Things I'm Gonna Do This Week" was, first and foremost, an opportunity to prove to myself (and to all of you) that sugar does not rule my life, despite the many times I continue to reference all manner of desserts in my writing.

Well, "Battle of the Bulge Week" is over, and I can now confidently say that sugar could absolutely rule my life.

I've gone without sweets before (an entire summer, actually), so I knew that the success of this week was inevitable.  I was surprised, however, at how many temptations there were along the way... specifically a box of Honey Grahams sitting in my kitchen cupboard.  How I longed for a late night bowl of that honey drenched goodness!  Instead I made two eggs (still attempting to satisfy the breakfast before bedtime craving) and when all was said and eaten, I slept like a baby.

So what do I have to show for this past week of self-control?  Did I lose any weight?  (Please, Lord, I hope not)  I did gain something, though.  I have with me now a whole new set of facts that inform not only the way I eat, but also the way I look at food in general.

Food, as I began to see over this week, deserves our respect.  But I'm not so sure we do.  We respect coupons.  We respect time saving dinner options.  And maybe most alarmingly, we, as a nation, respect indulgence.  It's the reward for a job well done, the consolation to a broken heart, or the symbol of a milestone.

This week I wanted to look at how we can respect food more.  How it can help us to tackle the American obesity problem.  After all, food can't be the problem.  We all still have to eat!  As I see it, food is the solution.  We just need to know how to use it.

Fortunately, it's pretty easy to get informed about the "battle of the bulge."  The amount of research that has been done regarding America's obesity epidemic is astounding and fascinating.  Just when you think you may know everything about "eating in America," you find something that shocks you.

For example, one third of American adults are obese and another third are overweight.  Obesity rates among kids are up to 18%, and children born in the year 2000 have a 1 in 3 chance of becoming diabetic.

You Are What You Drink

Since 1977, the consumption of sugar-sweetened beverages has increased by 135%.  Here are some popular ones currently ranked in the Hall of Shame. 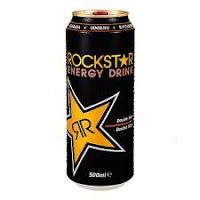 Rockstar: "The world's most powerful energy drink."  Downing one of these bad boys gives you the same amount of sugar as eating 6 Krispie Kreme doughnuts.

Tropicana Twister: My beverage of choice as a youngster.  This "juice" contains only 10% actual juice and has the sugar equivalent of 2 canisters of Reddi Whip.

Large McDonald's Triple Thick Chocolate Shake: On a personal note, this treat has got me through many long drives.  But apparently the amount of sugar that I suck through that famous striped straw is the same as 13 McDonald's Baked Hot Apple Pies.  Ugh!

These kinds of beverages simply do not deserve our bodies, our wallets, or even our attention.  There are plenty of other options.  Make your own shake with some ice cream and fat free milk.  Have a glass of real juice, if you must, otherwise just eat a piece of fruit, and so on.

Now this is possibly the moment when many people might stand up and begin blaming "High Fructose Corn Syrup" for the frightening statistics listed above.  It is, after all, the leading source of calories in all those beverages.  This might also be the moment, however, when others say these statistics don't apply to them because they drink "diet" beverages.  Well, here we go…

The jury is still out on whether or not High Fructose Corn Syrup is the antichrist as prophesied of old.  Yes, it is highly processed, but the real danger of the product isn't necessarily the product itself, but how much of it is out there!

Fructose is something by which our bodies can get very overwhelmed very quickly.  Why?  Unlike sucrose and glucose, which are other forms of energy, fructose can only be processed by the liver.  When the liver receives too much fructose, it begins making fats called triglycerides.  It then sends those fats into the bloodstream which can lead to the deregulation of appetite, heart disease, and possibly type 2 diabetes.

Now like High Fructose Corn Syrup, the risks of artificial sweeteners are still largely unknown, but the benefits of them as used in popular beverages are well documented: there are non!  Diet soda is 100% nutrition-free.  There is nothing in there that your body can use.  Even if you go out and eat a twinkie, you'll find more nutritional value than a can of diet soda.

And furthermore, new studies are showing that when you drink a low-calorie or no calorie beverage that tastes sweet, the body can end up craving what it hasn't received, thereby stimulating your appetite to eat and drink even more.  Once again, they just don't deserve our respect.

Now here's an interesting question: Is there any reason why Americans would need bigger food portions than we did 20 years ago?

If your answer was "no," you might find these next sets of facts quite interesting… 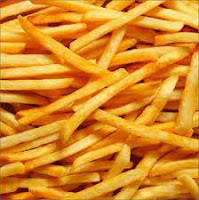 20 years ago, Bagels were 140 calories but have since grown to 350 calories each.

It seems like once again, we're celebrating excess here.  Bigger is not better!  If you feel that way about furniture, or hair, or belt buckles, I promise not to judge, but at dinner, we don't need to eat more. In fact, we have every reason to eat less…


You see, with the addition of every escalator and remote control device, we've essentially engineered physical activity out of our lives.  So why have we decided to increase the portion sizes of our meals?

Maybe we're under a lot of stress these days.  Maybe we just want to feel good.  And since commercials show that happy people eat giant pizzas and buckets of French fries, that's what we do.

There are also studies that show any food with the right combination of sugar, fat, and salt becomes so palatable, it's downright taste bud-tingling.  Researchers call this food "hyperpalatable."  It's essentially the goal of every major restaurant chain in America: make the food as enjoyable as possible.  It's a worthy goal, but doesn't always have worthy consequences.

Take Cinnabon, for example.  Co founder Jerry Brusseau worked very hard to find the right recipe to create the nation's most popular cinnamon roll, and now you can rarely enter an airport terminal without smelling the mouth-watering decadence.  That roll, however, also brings with it 880 calories, 36 grams of fat, and 59 grams of sugar.  When asked about it, Brusseau says,

"If someone today asked me to create the world's greatest cinnamon roll, I'd probably think differently about it.  Twenty years ago, it was a once-in-a-while indulgence.  I wasn't so worried about obesity among kids.  Now I am…I'm very concerned that kids are growing up eating too many things like Cinnabon every day of their lives." (Kessler)

What Is There Left to Eat?

So with all these restrictions and warnings of what not to consume in our American diet, is there anything left?  Must we resign ourselves to eating kale leaves and celery stalks for the rest of our lives?  Of course, the answer is "no."  There are many more options than we think.

According to the subject index in the Oxford Companion to Food, there are over 200 different kinds of fruits (whortleberry, anyone?) and even more kinds of vegetables.  The earth is jam packed with variety.  Think of all the flavors that arise from different combinations of natural herbs and seasonings.  The possibilities are out there; we just need to use them. 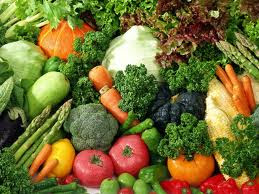 It's time to start respecting food, and we can't respect what we don't know.  It's time to plant gardens, even if they're just herbs, and connect with where food actually comes from.  It's time to go to a farmers market or local grocery store, and pick out something new in the produce department.  It may just become your new favorite snack.

Above all, it's time to look at food as ingredients.  A burger is not just a burger.  Break it down, and it's a combination of many different things.  And if we mix up those ingredients, replacing some of them with healthier options, we can create foods that we love and will love us in return.

There is a very real possibility that our time period will be known in the history books as "The Obesity Era."  But maybe it could also be known as "The Food Renaissance."  It's not an easy fix.  It requires decisions of us, big and small, to be made every single day of our lives.  But at least then we will confidently know that our lives are, in fact, our own.

Life is too short to be ruled by anything, no matter how sweet it tastes.

Other Highlights from Battle of the Bulge Week

Here's a new recipe I'll be using for my Hot Chocolate (27 g of sugar vs 60 grams at many coffee shops):

Here are the books and websites I read over the past week:

Kessler, David A. The end of overeating. Taking Control of the Insatiable American Appetite. Rodale, 2009.

This is my favorite episode from an HBO Documentary I watched entitled The Weight of the Nation.