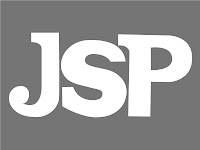 If you happen to subscribe to any basic cable package, most likely you've run into Cesar Millan. Armed with nothing but a keen sense of canine awareness, and the best athletic wear on television, he is known as "The Dog Whisperer."

Sounds like a bunch of post modern, mumbo-jumbo, right? WRONG! As far as I'm concerned this guy is 100% legit. And if you don't believe me, just watch his opening credits where he rollerblades via pitbull. Nuff said—

Cesar (pronounced SAY-SAR) teaches that a dog's behavior is reactive to the energy by which it's surrounded as well as to the rules, boundaries, and limitations that their owners establish. In other words, a dog may speak excellent English, but if the owner can't give a command in a calm and confident manner, the dog won't respond.

One of the real hallmarks of Mr. Millan's "whispering" is the command he uses in order to snap a dog out of less than desirable states of being. This command isn't exactly easy to spell out because it only consists of consonants and air, but I think if I were to write it down, it would look something like, "TSH!"

Seems simple, right? And yet Cesar Millan's "TSH!" is incredibly effective with man and/or woman's best friend. The sound requires a lot of energy to produce, and that energy is essential when snapping a dog out of its behavior.

A word of caution, though. After a few weeks of TSH-ing , I soon found myself fighting the impulse to use it on humans. And regardless of how proficient your "TSH!" may be, I don't think people would ever respond to it as nicely as dogs do.

Don't you kind of wish they would, though? Personally, I think it would be fun to "TSH!" someone every now and then. For example, I was in Pottery Barn at the end of last year doing some Holiday shopping, and I heard a female customer berating this poor employee because only some of the store's merchandise was discounted. How cool would it have been if I had walked up to that woman and TSH-ed in her face?

"NO!" I would have added, "BAD HUMAN! BAD!!" Who knows, maybe she would have retreated to a comfortable throw pillow right there in the middle of the store and waited for me to tell her what to do next.

Then again, I suppose a more civilized idea would be to simply "TSH!" ourselves every now and then. You know, like if you're walking to a pan of brownies for the third time, or starting to lose your patience on the freeway, or watching a marathon of "America's Next Top Model…" Just snap yourself out of it with a good, hearty "TSH!"

If only it were that easy…

The real reason why "TSH!" works so well with dogs, and might prove less effective with people, is because dogs only think about one thing at a time. In order to abandon a feeling or behavior, all they need is a strange noise or a squirrel. It's actually one of the great lessons we can learn from the canine kingdom. If we don't like what's in our brains, then fill them with something else!

Sometimes that seems like an impossible task. Sometimes it actually hurts to force yourself to choose a new thought. But the good news is we, as humans, have the ability to do it. And guess what? We don't even need a "TSH!" to make it happen.
Posted by JSP at 9:37 AM