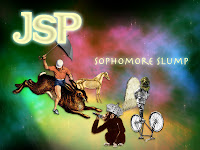 “The only thing scarier than failing, is failing after succeeding.”

I happened upon this quote the other day when I thought it up. I don’t think it’s true. I hope it’s not true. But based on the way I behave, sometimes it’s true.

Not when I was younger, of course. Back in the days of my spiral bound Mickey Mouse notebook, my ambition knew NO FEAR, just like my t-shirts…

Around the age of eight, you see, I became an entrepreneur and created my very own company that I named The Five Co’s. It consisted of Clean Co, Candy Co, Car Co, Can Co, and Kid Co.

Confused? Here’s a brief rundown of the companies within the company:

Now, every time one of “The Co’s” was put to work, I logged my time spent and profits earned into the Mickey Mouse notebook to ensure proper bookkeeping. I obviously wanted to avoid the threats of scheming older brothers and the IRS.

In time, The Five Co’s grew to be quite a lucrative venture of my youth. I made dollars and dollars. $16.72, if I remember correctly. Enough to buy a few more Disney action figures or Gloria Estefan’s Greatest Hits.

Not soon after, I chose to dissolve The Five Co’s. More accurately, I forgot about them when my grandpa gave me a cow. Entering the livestock business promised to be a far more profitable enterprise than recycling aluminum cans. I accepted Grandpa’s heifer and shamelessly named her “Muscle & Money.” (“M&M,” for short.)

I’m not entirely sure when my ostentatious ride upon America’s Right Wing of Capitalism came to an end. It might have been one of those moments that all children have growing up. You know, like when you finally confess that you don’t know your times tables as well as you let on, or when you notice your feet are getting bigger and nothing else is, or when you realize your favorite recesses involve playing hopscotch by yourself and humming “On My Own” from the musical, Les Miserables.

Well whatever it was, there came a point when I realized that sometimes I felt fallible, or “failable.” In other words, I found out I could fail…and I hated it!

Ever since that moment, I’ve been trying to decrease my imperfecto-meter as much as possible. The problem is, however, when you worry too much about eliminating failure, you often end up eliminating the possibilities for success. Why? Because it’s no longer worth it. Suddenly losing feels worse than winning feels good.

Now back when my family would go water-skiing during summer, we often joked that if you were going to eat it out there on the water, it better be a Grade A wipeout. That meant a full-blown, limbs-flying, face plant into the cold waters of Willard Bay. As it turned out on those water skiing trips, our spectacular spills often received as much feedback from the observers in the boat as the smooth, yet uneventful performances.

With that in mind, wouldn’t it be awesome if we all took a little time to celebrate our Grade A wipeouts? It would kind of take away the fear of failure, right? Now, don’t misunderstand me, I’m not saying we should celebrate mediocrity. Mediocrity is boring. I’m talking about giving a little love to the infamous face plants that we all make in our lives.

So let’s hear it for bills—particularly the forgotten ones that ruin your credit score!

Give it up, please, for the birthday cake you spent six hours making that looked and tasted like an old sponge!

Raise the roof for your botched job presentation, and the subsequent lunch stain that followed!

A round of applause, please, for the car wreck that left you sitting on a bus with a homeless woman and her “homemade jewelry!”

Since both success and failure are eminent, there really is no reason to live under the pressure of one while fearing the other. Every hit won’t be a homerun. Every single won’t be a #1. Every life won’t have a winning streak. Still, the good news is that every day won’t be awful either. The contrasts exist if not now, then later, and if not in one thing, then in another. And that’s ok! It doesn’t make us better or worse; it just makes us human. And though we may pretend at times that we don’t have that in common, the fact is we do.

“The only thing scarier than failing after succeeding, is doing nothing at all.”