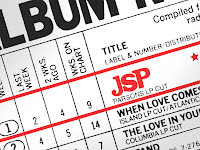 Awards Season is upon us, and the denizens of Los Angeles have once again been bombarded by advertising campaigns designed to generate the greatest and most coveted “buzz” since we discovered bees make honey. That’s right: Oscar Buzz.

It seems everyone in town wants their film to be considered the best of the year. And why not? Who doesn’t love a little prestige and a big celebrity gift bag? Still, it’s hard to believe that all of the pomp and circumstance strutting around our fair, polluted city isn’t just a big popularity contest. Upon further investigation into the so-called prom kings and queens of the film industry, however, I discovered that 90% of the time, it just ain’t so.

My confusion might exist, in part, because I myself saw Titanic more than once during its initial big screen release, each time sobbing in my Doc Martens. What can I say? It was 1997; I was experiencing hormonal changes, and witnessing never-before-seen special effects.

In 2011, however, I confess with the same candor that things have changed. Gone is my desire to hear an old lady talk about flashing Leonardo DiCaprio. And if my opinion has changed, what on earth do the members of the Academy think? Were we all just carried away by a wave of frenzied popularity?

Does anyone actually know when something is good?

Not always. Take music as an example. Did you know that Michael Jackson’s legendary song “Thriller” never made it to #1 on the charts? A similar fate befell Queen’s anthem, “We Are the Champions.” Never a #1.

But guess what song did reach #1…AND STAYED FOURTEEN WEEKS???

While it seems we can’t always identify a classic when we see it, or hear it for that matter, there is something that can: “Time.” (not the magazine, of course, the interval)

Time is why high school seems so different after you leave, or why bad relationships seem so silly once they’re over, or why late night burritos seem so disgusting the next morning!

But until Time hands us its foolproof goggles, complete with 20/20 hindsight, we are the best we’ve got to choose the best we get. And when it comes down to it, that’s still pretty darn good.

The funny thing with popular trends is they have no power by themselves. (Unless we’re referring to women’s shoulder pads…) Something is never popular unless we decide it is. We have the ability to discern what we want and need in our lives, and as long as we keep that power in check, I’m pretty sure it will keep us in check too.

And for every “Macarena” or Titanic that we rabidly embrace, Time will surely reconcile those debatable lapses in judgment with the memory that, for at least a short time, there were a lot of people dancing and going to the movies. Together. And loving it—