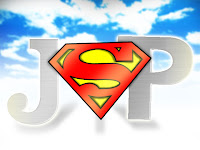 I love superhero movies. In particular, I love their opening sequences. You can feel the excitement build as the screen goes dark, and the first notes of what will become the title character’s musical theme are played. Soon, both light and shadow creep onto the screen, alluding to the always-present battle of good and evil. The music begins to accelerate. Shapes swirl, darkness flies, and then, it happens. The title of the movie! No matter your cinematic tastes, you feel certain you’re about to see someone kick some butt…or at least mutter a cheesy catch phrase. The whole feeling reminds me of pajamas on a Saturday night: warm, comfortable, wanted. It’s no wonder these movies are some of the biggest money making films in history.

Perhaps the reason so many people identify with these films is because superheroes live in a strange limbo. They simultaneously live on the ground and in the air. No pun intended. They’re ordinary people who have extraordinary abilities. So it seems whether you’re looking to be inspired by greatness, or to merely sympathize with the human condition, you’ll find it for about $13.50. I’ll take this opportunity to reiterate that I recently paid $13.50 to see a movie. Thank you, Los Angeles.

But the truth is you don’t have to go to the movies to witness a superhero story. All you have to do is look in the mirror. I believe there is a superhero in every one of us. OK, stop rolling your eyes. I’m not writing some inspirational song for church camp. I’m serious. As serious as kryptonite! We’ve each got a superhero power. It may not be the speed of Superman, the blades of Wolverine, or the strength of The Hulk, but deep down, there’s something that makes us more than mere mortals.

To prove my point, I will now reveal my own mother’s superhuman ability: Iron Hands! Yes, that’s right, Iron Hands! Her power allows her to somehow wash the dishes in really hot, soapy water. We’re talking scalding!! I don’t know how she does it. I’ve tried, and I can’t even submerse one hand long enough to find a salad fork. Her powers also come in handy when preparing baked potatoes after they come out of the oven. Forget it. I can’t even look at the tinfoil around the spud without my eyes watering.

At this point, you might be rationalizing, “Of course he thinks his mom is a superhero.” And I do, but just because I care, here’s another example for you naysayers. One of my friends has the ability to pinpoint a single characteristic in a human being that could eventually annoy to the point of insanity. And she can do it in only ten minutes! “He clicks his pen.” “She says ‘sure’ too much.” “Have you ever noticed how she sticks her leg out when she stands?” I’m telling you, her super power could wipe out Washington DC…or just vastly improve the dating process.

Still not convinced? Do you know someone who can sleep through pretty much anything? You name it: cell phones, alarm clocks, police sirens, tsunamis… Superhero!

Yes, we are all a force to be reckoned with. Which leads me to my own superhero power... I have the ability to always have food on my face when I eat. This power is so strong, so overwhelming, that I have to insist upon the aid of a sidekick. I usually assign someone during formal dinners to keep an eye out for stray sauces, crumbs, or full entrees that might be hanging out near the corner of my mouth. You see I, like many superheroes before me, recognize that with this great power comes great responsibility.

But what can I do with my gift? What service can I render? I suppose the most logical answer is that I have a built in food supply should, heaven forbid, a natural disaster strike. I will be able to impart scraps of manicotti to the hungry survivors of earthquakes, tornados, and potato famines. The far less remarkable explanation is my powers are just an endearing part of who I am. They remind me that no matter what I do, I’m still just me. They keep me grounded, and in doing so allow me to fly.

So what’s your superhero power? You have one. Look closely. Or better yet, just keep it in mind, and I bet it will make itself known. It’s possible we don’t readily see them, because we’re too busy looking for something we “think” is special. The fact is you don’t have to possess prodigy-like abilities to be a superhero. You only have to be you.

And once you’ve adorned your proverbial cape, look around you… We are ALL ordinary people with extraordinary abilities. And the sooner we recognize each other’s gifts, the sooner we start to appreciate each other! And the more opportunities we create for people to use their gifts, the more exceptional life can become! Wait!! Here it comes! The catch phrase...

We are all individuals, individually touched by a little bit of wonderful.