A week or so ago, I packed up a rental car with some clothes, a fully loaded iPod, and a box of Claritin, and I drove to my motherland... also known as my mother's house in Utah.

It had been a few years since I'd visited the old Beehive State. It'd been even longer since I'd been there without snow- which is why I brought the Claritin. For the first time in at least five years, I toured our old farm property, side stepping cow pies and trying to remember how the irrigation system worked.

But while walking past one of my grandpa's old sheds, I suddenly got memory smacked. I knelt down and cleared away the dirt to see if my memory was accurate, and sure enough... 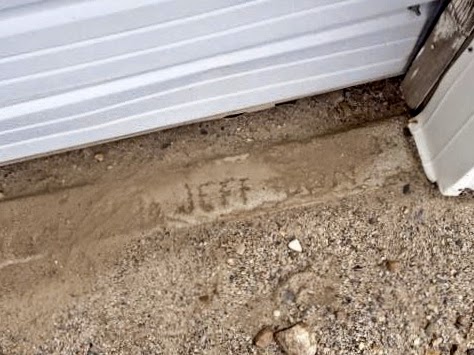 When I was little, my grandpa, cousin, brother, and I poured this cement that helped, among other things, to keep rodents from tunneling into the shed. As partial payment, and in keeping with tradition, Grandpa wrote our names in the cement before it dried. I always felt like such a celebrity when he did that. Seeing my name immortalized in a batch of quick dry satisfied some deep desire I had to be like the stars that kinda did the same thing in Hollywood.

It's funny, though, seeing the memories of your past through the eyes of an adult. Looking down at my name in that cement, I wasn't seeing a childhood thrill anymore. Instead, I was seeing an extension of everything around me.

That farm! Its fences and sheds, the gate systems, everything down to its very foundation was planted by the hands of those that came before me. People who, alive and not, are still around when I see their handiwork. What surprised me, though, was when I saw my own name in the cement, I realized I'm still around there too.

Even though my grandpa is gone, he is still all over that farm. And as an adult now striving in my own way to leave something of worth to this world, I feel like we met that day. I finally realized what he was teaching me. With the precious time we have on Earth, together we can leave our mark. Surely every life is important enough to leave this place a little better than we found it. 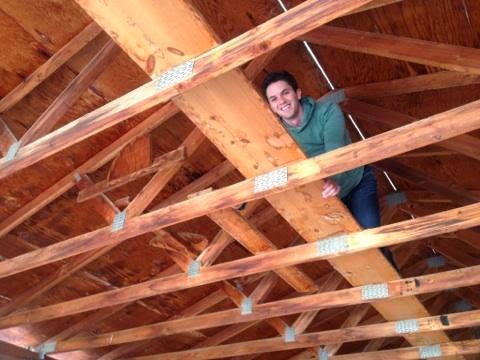 As it turns out, I don't need to write my name in the cement at Grauman's Chinese Theatre. I'm a farm boy, so that's already been taken care of.