If you had asked me three months ago to vote for the musical most unlikely to appear on my resume, I would have said Cats. It's true. I would have pictured myself playing Effie White in Dreamgirls before wearing a kitty unitard.

It's not because I don't like Cats. I remember seeing it with my family when I was in the 5th grade. I don't recall a lot of details from that production, partially because I had failed to bring my new prescription eyewear, and I spent most of the evening stealing my Mom's off her head. I apparently enjoyed myself, though, because I convinced my dad to buy me a Cats t-shirt as well as the double cassette cast album. 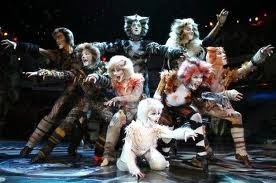 I listened to those cassettes a lot in my basement, re-imagining the cat choreography. I learned very quickly, though, that a lot of theatre people didn't like the show. I didn't understand why. It was just about cats. Many criticized it for the lack of plot, but I always figured that had more to do with their expectations of what they thought the show should be, rather than what it was.

Ten years later, however, I too began rolling my eyes when Cats was still on Broadway, and some of my favorite shows couldn't stay open long enough for me to see them. Those eye rolls continued a few years later when I managed to see three different productions of Cats in the space of six months. (Thank you working theatre friends.) By that point, I had decided I probably would never do the show.

Was I developing a Cats allergy? No. Simply put, I had weighed the pros and cons, and the whole thing looked like too much work! The makeup, the wigs, the movement that makes your joints quiver with fear... It just didn't seem worth it! 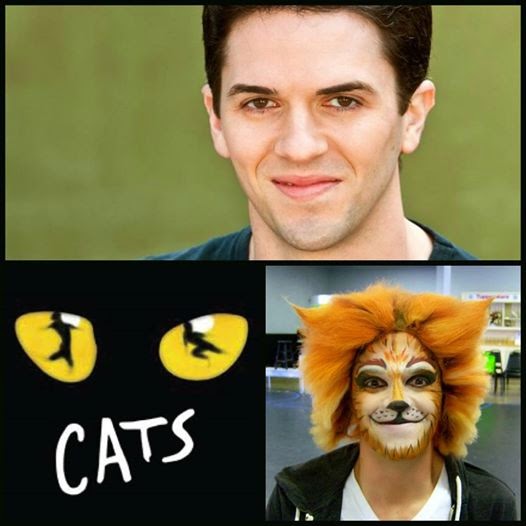 So spoiler alert, I'm doing a production of Cats. How? Well, I went to an audition, and much to my surprise, I had a lot of fun.

There is a specificity to this show that is very addicting. At first it's daunting to look at yourself in a mirror and think, "So... I'm a cat? I guess I'm a cat." But then the music, the choreography, the ensemble nature of the show really begins to "cat-ivate" you, and before you know it, you're immersed. Believe me, no one is more surprised than this guy. 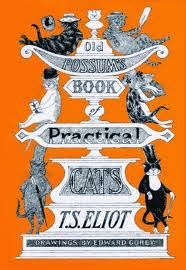 But that's not all. To me, Cats isn't just about cats anymore. And of course it's not! T.S. Eliot was a pretty intelligent man. When we look closely, his poems that make up the material for the musical carry a lot of themes.

In "The Naming of Cats," we learn that a cat must have three different names: one that the family uses, one that the cats call each other, and a third that nobody knows except for the cat that bears it.

What better way to teach the sacred nature of honoring who you truly are than through this creature that is infamously both lovable and fiercely independent? Cats aren't needy because they don't like you, Eliot teaches us, rather they don't need your validation to know who they are.

I think it's this moment in the show that we can start learning from Cats. And if we can learn from the kitties, then we can start to see ourselves in them, too.

So come out and see Cats at San Diego Musical Theatre! Here's hoping it will be a "Memory" that will have at least nine lives...